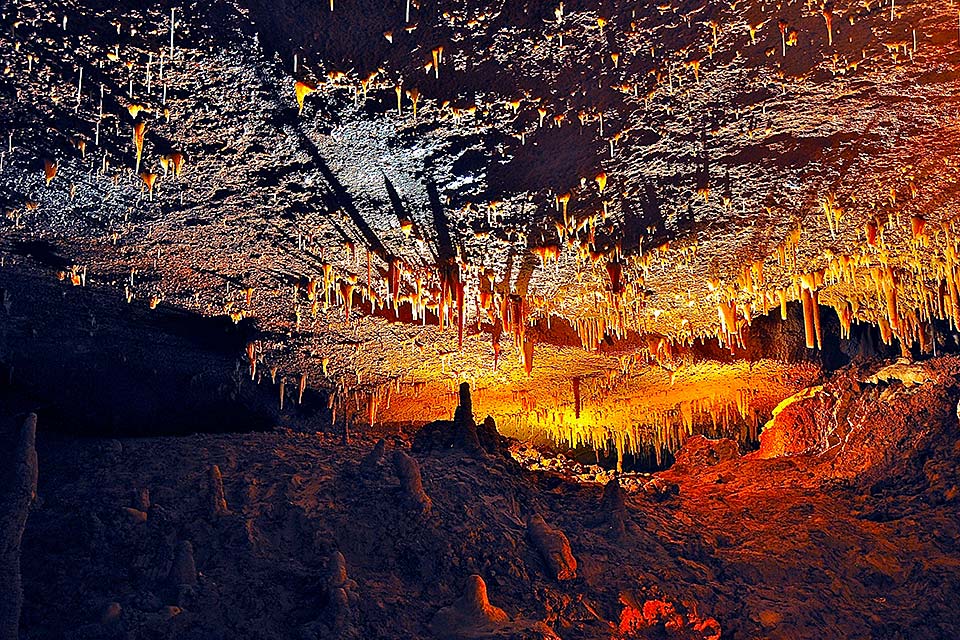 When you think of the Smokies, you probably picture snow-capped peaks or miles of hiking trails through the wilderness. But the gorgeous scenery of the mountains hides an historic treasure your family will love. Beneath the trees and streams lies a network of caverns just waiting to be explored.

Over many thousands of years, the water from underground streams and rivers slowly carved a vast network of caverns in the limestone of these mountains. From magnificent cathedral-like rooms with soaring ceilings to tiny tunnels barely large enough to explore, the caves of the Great Smoky Mountains are a favorite destination for those with a taste for history and a desire for the unusual.

Tennessee is home to more than 8,000 caves – the most of any state – but you don't have to be a spelunker to enjoy their beauty. You and your family can take a guided tour along well-tended pathways and learn about the rich history of the caverns while experiencing the incredible beauty only millennia of work can produce.

Long before the European settlers began arriving in the area that surrounds what would become Gatlinburg and Pigeon Forge, TN, Native Americans lived, worked, and played inside the caves beneath the mountains. Fresh water was plentiful, flint and other necessary rock was readily available for tool making, and the caves themselves formed a natural, climate-controlled shelter.

When you visit the caves today, you can still see evidence of the ancient people who once called them home, and hear stories and legends about them. One such tragic tale tells of the Indian princess who was lost forever in a "hollow mountain of two streams" – the cave that would become the Forbidden Caverns.

Today, thousands of visitors each year marvel at the incredible beauty of the caves. Stalactites hang from the ceiling like glistening icicles, continuing to grow with each drop of water that falls. Stunning formations resembling totem poles, corn cobs, curtains, and more await you around every turn of the path, and carefully placed colored lights highlight the most spectacular of nature's creations.

Entering a cave is like stepping into a different world, where every turn of your head reveals some new and magnificent sculpture. Beyond the gorgeous rock formations, you'll also find a variety of wildlife virtually unknown above ground. The underground streams that flow from room to room are home to some of the most unusual creatures you'll ever see, like eyeless fish and the Tennessee Cave Salamander - the official state amphibian. In total, there are some 1,000 species of plants and animals that live exclusively in caves, and you'll find many of them inhabiting the caverns below the Great Smoky Mountains.

If you think you've seen everything Gatlinburg and Sevierville, TN have to offer, one peek inside these stunning underground caverns will change your mind. From the rich history to the spectacular scenery to the incredible diversity of the creatures that call the caves home, an afternoon spent exploring these caverns is a delight for every member of your family, young or old.