The Best Views In The Smokies

Few people would argue that the mountains, almost by definition, are the main reason to visit the Smokies. After all, that's what got folks visiting this area as early as the 1940s, long before there were music theaters, go-cart tracks and outlet malls. What's interesting is that folks don't like just looking at the mountains; they like looking out from them as well. As a result, people visiting the Smokies are always trying to find the best vantage points and the best views.

So if your travel plans have you headed to the Great Smoky Mountains in the near future, or if you're currently staying in a Sevierville cabin rental, keep the following points of interest in mind—not just as great places to see the mountains but also as places from which to take in some of the most spectacular views in the region. 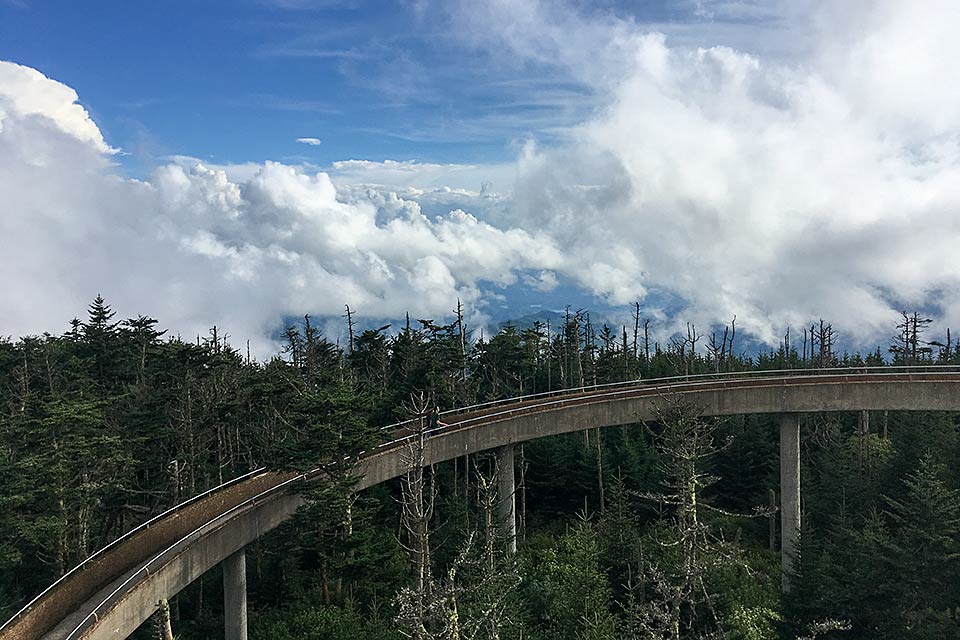 At 6,643 feet, Clingmans Dome is the highest point in Great Smoky Mountains National Park. It's also the highest point in Tennessee and third highest mountain east of the Mississippi River. So it only makes sense that walking to the observation tower at the mountain's summit would be a great way to get 360-degree views of the Smokies and beyond. From Gatlinburg, take Newfound Gap Road to Clingmans Dome Road, and from there, it's seven miles to the parking area and then a half-mile walk to the tower. The tower is open year-round, but Clingmans Dome Road is closed January through March. From the tower, you can see more than 100 miles on clear days.

The bad news is that you can't access the third-highest peak in the Smokies by car. But the good news is that those who take on the approximately five-mile one-way hike to the summit are rewarded with spectacular views of the region. You can see north from LeConte Lodge, or you can hike to two other natural observation points to get respective views out east and west.

This national parkway is still incomplete and exists only in sporadic segments throughout the national park and beyond. But it still offers some of the most easily accessible and breathtaking views to be found in the Smokies. One segment is located not far from Gatlinburg, and the other is in Blount County, just a few miles from Townsend. The latest section extends the Blount County section in to Wears Valley (better know locally as the missing link). Either way you choose, get ready for sweeping vistas that include both mountain peaks and valleys. Both routes offer multiple pull-off points for gawking and picture taking. Also note that 11 miles into the Blount County segment of the Parkway, you'll find the Look Rock observation tower. It's a half-mile hike from the parking area, but you're rewarded with 270-degree views from east to west. 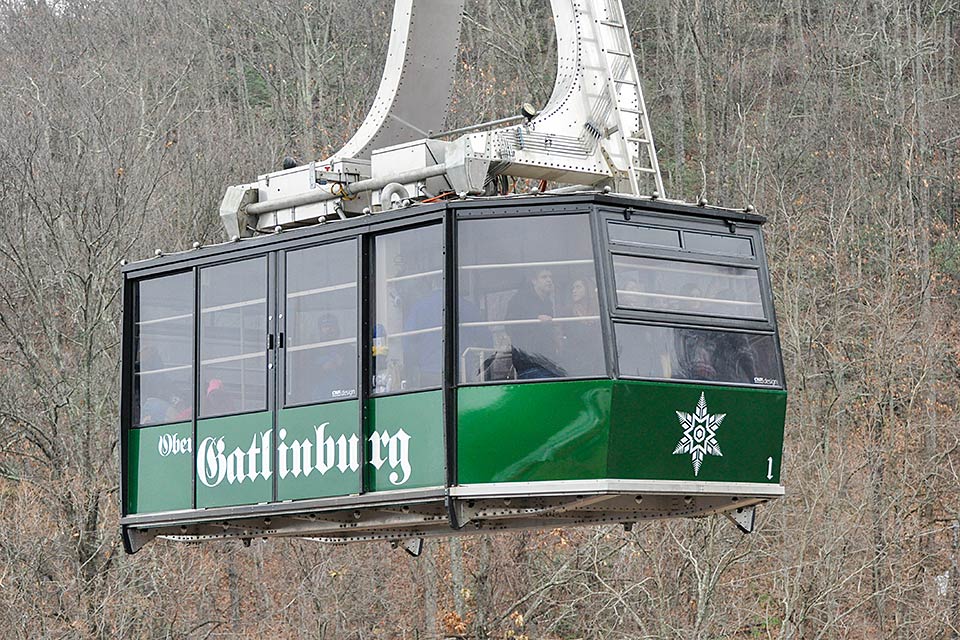 Whether you plan to spend some time up at the Ober Gatlinburg ski resort or not, it's worth taking the aerial tramway from downtown Gatlinburg up to the resort and back. Riding the tram is fun, and the views are memorable. Also, once you're at the top of Mt. Harrison, Ober Gatlinburg has a chairlift attraction that takes you even higher up the mountain and lays out stunning views as well.

Sometimes, you just have to get a bird's-eye view of things, and one of the best ways to do that is to book a helicopter tour. You'll find these attractions on Tennessee Highway 66, between Interstate 40 and downtown Sevierville.